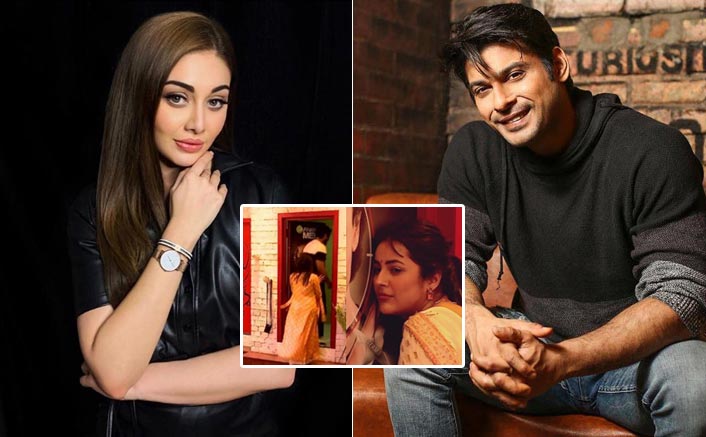 Bigg Boss 13 is witnessing a never-seen-before avatar with Sidharth Shukla and Shehnaaz Gill’s crazy romance. While even Salman Khan went on to warn Shukla about the same, her demands for being pampered and ‘I love you too’ has left the audiences baffled. Now, it is a fake triangle with Shefali Zariwala which she’s going insane about.

In a promo video going viral all across the social media platforms, Shehnaaz Gill can be seen saying Shefali that she’s in love with him, and questions her whether Shukla loves him too. To this, Shefali clearly mentions that she’s not interested in being a part of this love triangle and she can directly have a conversation with him regarding this.

Furthermore, Gill goes onto question whether Shefali is in love with Sidharth too, and further threatens them to showcase their love. Taking this as a challenge, the former two lock themselves in the washroom. Possessive Shehnaaz Gill can be seen waiting outside the door for a while and starts banging it hard later.

Check out the promo video below:

Meanwhile, Shehnaaz recently declared that she loves Sidharth Shukla and wants him to be with her no matter what.

Although her confession is loaded with high emotion, Paras Chhabra and Shefali Zariwala feel Shehnaz is once again faking it, just to win some fans.

Earlier, when Salman enters the house to interact with contestants and treat them to cake because the show has garnered top rating, he asks Sidharth to call Shehnaz. At that time, she is sitting …read more