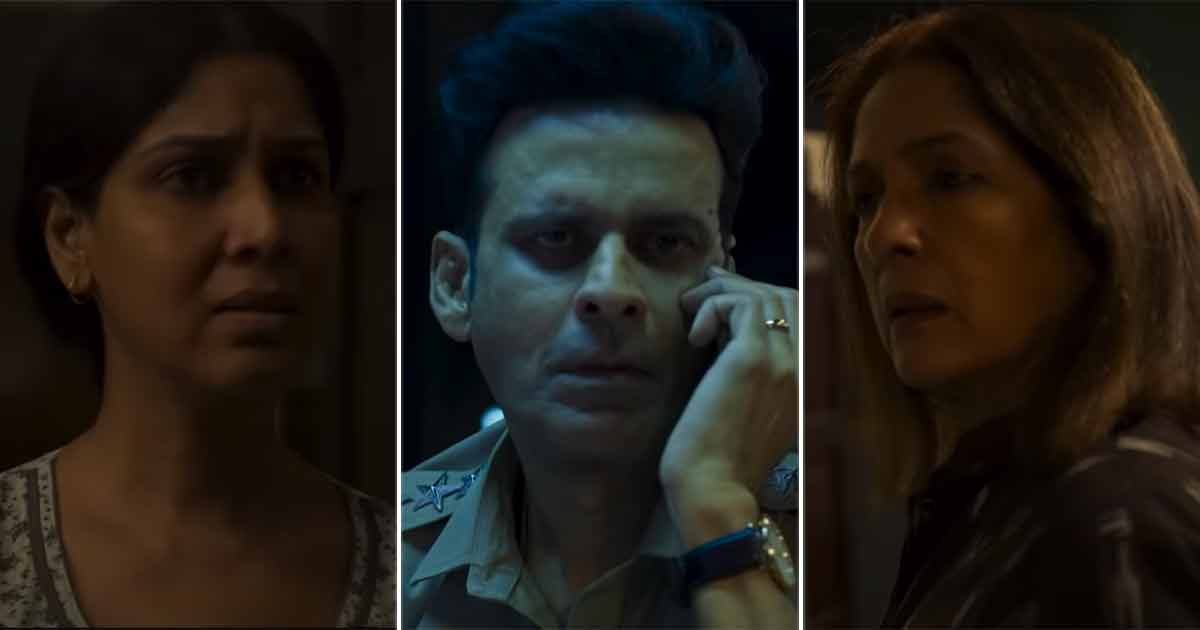 The much-awaited trailer of Manoj Bajpayee, Neena Gupta, and Sakshi Tanwar’s suspense thriller Dial 100 dropped yesterday, and whoever has watched the edge of the seat trailer can’t contain their excitement. The original film, produced by Sony Pictures Films India, Siddharth P Malhotra, and Sapna Malhotra’s Alchemy Films is directed by Rensil D’Silva and is set to premiere on ZEE5 on 6th August.

The trailer opens in the Police Emergency Call Centre where Manoj Bajpayee’s character Nikhil Sood receives a call from a woman who is grieving the loss of a son and is now on a mission to seek justice. This woman in question is Neena Gupta’s character Seema Pallav in a never seen before grey avatar. The movie also sees Sakshi Tanwar in a crucial role as Nikhil Sood’s (Manoj Bajpayee) wife who too gets pulled into the mess and can be seen at gunpoint. The 2:51 minutes trailer definitely has the audience glued to the screen and by the end of it, wanting for more.

The internet is buzzing with good reviews for the trailer and everyone including the ‘aam junta’ and the film industry, can’t contain their excitement for the premiere of this nail-biting film. From veterans like Kajol, Dia Mirza and Joginder Tuteja to television stars like Mouni Roy, Gauahar Khan, and Ravi Dubey are all praises for the edgy trailer, the stellar star-cast and production value of the film.

Actress Kajol took to her social media account and wrote, “Great to hear some …read more