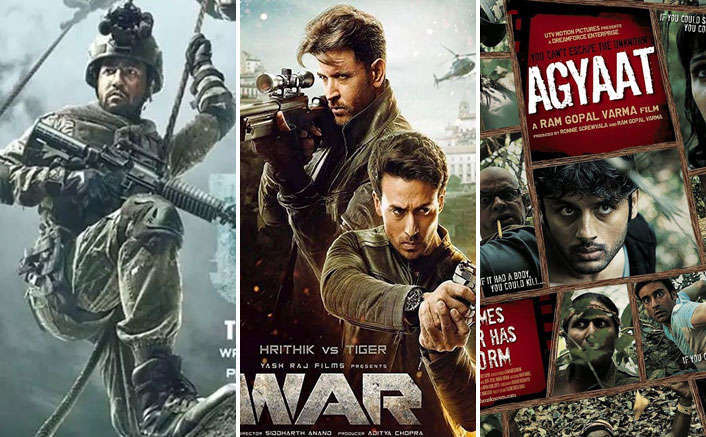 The film is a piece of art, so obviously there’s an artistic approach in every aspect related to it. Be it making or the promotions, the makers try something out-of-the-box to catch viewers’ attention. So today we’ll be taking a look at some unique promotional strategies adopted by the makers. The list includes likes of Uri: The Surgical Strike, War, Agyaat and others.

Here are some films which followed a unique promotional gimmick:

#1YearOfBharat: Salman Khan May Not Have An Eid Release This Year But Fans Call For Celebration In Their Own Way!

This Himesh Reshammiya starrer was only in the news for its music quotient. Contrary to the content, the film grabbed eyeballs with its promotion. Across the highways and flyovers in Mumbai, the makers installed the hoardings with just Himesh’s picture and release date on it. It didn’t have a mention of the film’s name but a message was proclaimed that something is arriving in cinemas featuring Himesh. An overconfident move rather an eccentric as the makers tried selling the film on Himesh’s face value.

Ram Gopal Varma knows very well how to make news and no one can forget the chaos his film Agyaat created. The 2009 release was a horror film and its promotions too scared the hell out of the people. As a part of marketing, a dummy dead body was tied to film’s hoardings and that too on a highway. RGV even faced legal action due to such an act.

Vidya Balan’s Kahaani too adopted a unique style for promotion but it received a mixed response. The missing …read more

Dil Bechara trailer out: Sushant Singh Rajput made us smile amid all the pain, say fans

Kapil Sharma to Start Shooting for Comedy Show Mid-July, Sonu Sood Could Be Among First Guests

Bollywood News WebRSS - July 6, 2020
0
We recently stumbled upon a throwback video of Sushant Singh Rajput and Sanjana Sanghi and it is simply adorable. In the video, they can...

Bollywood News WebRSS - July 6, 2020
0
Actor Sidharth Malhotra is been actively sharing his life updates on social media. To this, the actor took to Instagram today to post about...

Bollywood News WebRSS - July 6, 2020
0
Ranveer Singh, who has carved a niche for himself by delivering back to back stellar performances on the silver screen, turns a year older...

Dark Season 3 Review: A Mind-boggling and Satisfying Finale You Don’t...