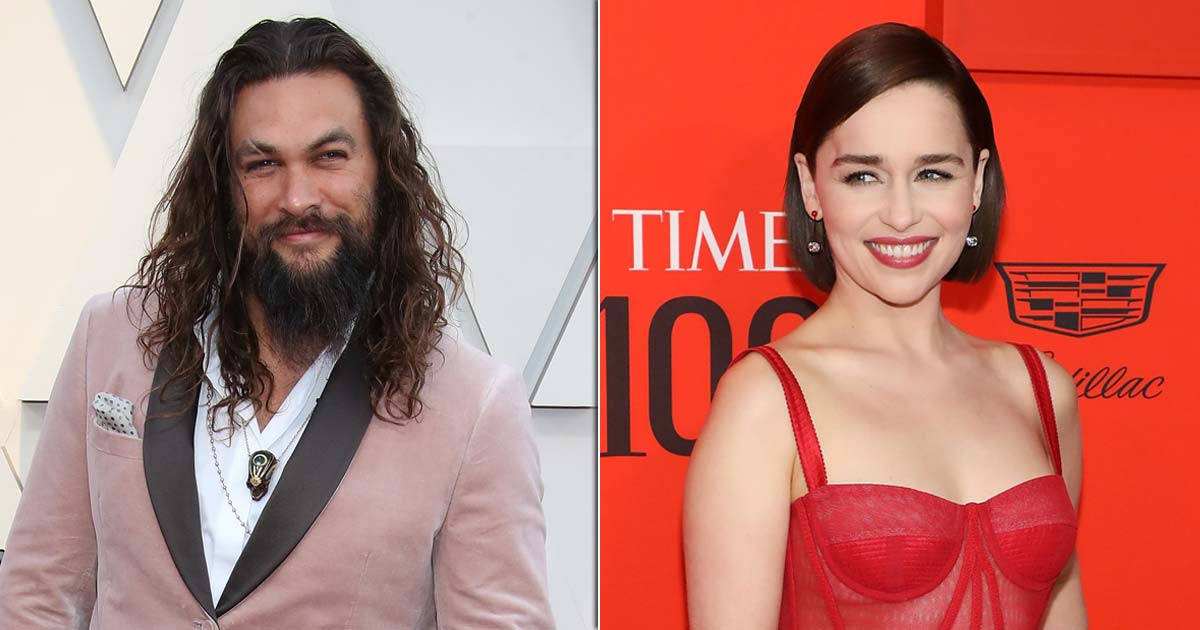 American fantasy drama television series Game of Thrones, which is one of the best television series of all time, frequent featured nudity and violence. Actress Emilia Clarke played the role of Daenerys Targaryen on the hit HBO series.

While there were several explicit scenes that have been subject to criticism, one particular scene where Clarke’s character Daenerys Targaryen was r*ped by her new husband Khal Drogo (Jason Momoa), received massive backlash. However, not many know that she was pranked while filming the controversial scene.

Emilia Clarke once appeared on The Graham Norton Show wherein she revealed that Jason Momoa, who played the role of Khal Drogo tried to “lighten the mood” for her before shooting the infamous se*ual-assault scene with her during season 1 of Game of Thrones.

Elizabeth Olsen On Why She Didn’t Wanted To be Linked To Mary-Kate, Ashley Olsen: “Guess I Understood What Nepotism Was Like Inherently As A 10-year-old”

Talking to Graham Norton, she said, “There was the lovely, uh, the lovely r*pe scene…so obviously, there’s nudity and you kind of have to try to lighten the mood. So he decided to not use a modesty sock but use a beautiful pink, fluffy sock.”

Emilia Clarke further joked, “So getting that close-up from me looking petrified, just like ‘I didn’t want it to happen’ [drew] lots of laughter—’It’s huge and it’s big and I don’t know what to do!’”. Watch the video below:

Even Game Of Thrones’ ‘Khal’ Jason Momoa once talked about the prank he at fan events. As …read more