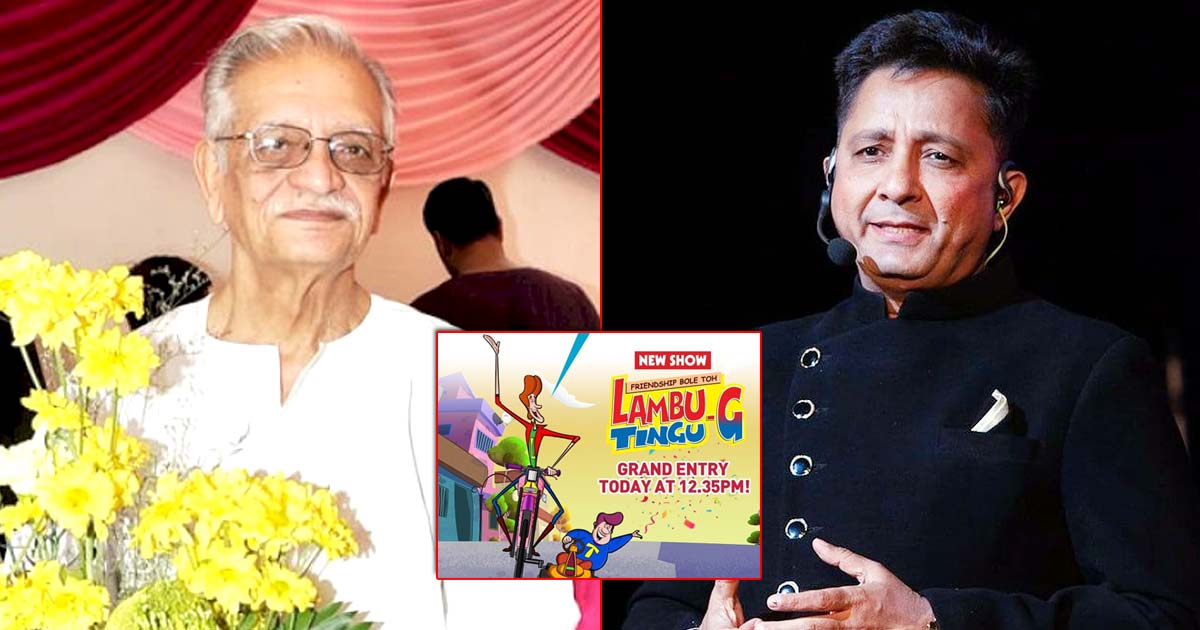 “The ‘Lambu-G Tingu-G’ title track is unique and fun, and it aptly describes the characters. Gulzar sa’ab has created the catchiest lyrics and it was delightful to create funky beats to go with them. Of course, Sukhwinder’s voice has brought alive the vivacity of it. I’m excited to treat young fans to this tune, and hope that it receives much love,” said Sen.

Sukhwinder added: “I enjoyed recording the title song of ‘Lambu-G Tingu-G’, especially because of the unique lyrics by Gulzar sa’ab. Suhas, the director has come up with a complete entertainment package in this show.”

The story of the show revolves around two cartoon characters and their friendship. It airs from May 3 on the POGO channel.

Meanwhile, Veteran lyricist Gulzar has once again collaborated with filmmaker-composer Vishal Bhardwaj. The duo has created the tracks “Marenge to wahin jaakar” and “O re bidesiya” that will feature in the upcoming documentary film “1232 KMS”. The film is about mass migration of workers and underprivileged people when lockdown was announced last year.

While Sukhwinder Singh has sung “Marenge to wahin jaakar”, the track “O re bidesiya” has been recorded in the voice of Vishal’s wife, Rekha Bharadwaj.

“It is a very important film as it has captured a crucial event in the history of India. The journey of migrant …read more

Which of these cinema maa you relate to?

Malashree over hubby Ramu’s Death: We as a Family are Very Heartbroken