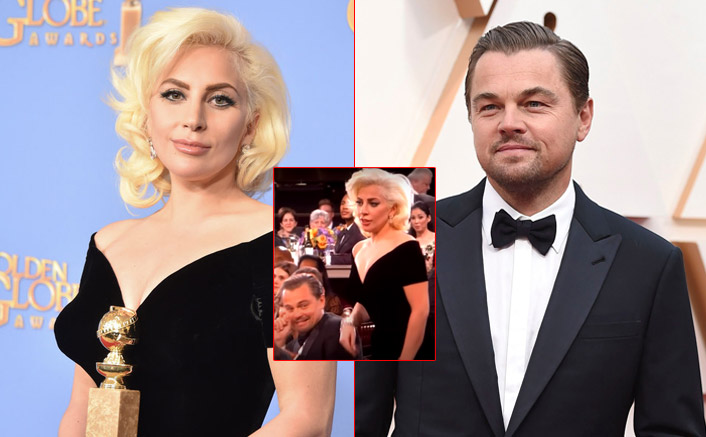 Golden Globes is one of the most prestigious awards functions in the West. Every year, we see celebrities getting felicitated for their work in Hollywood and is one of the craziest events there. Remember Lady Gaga and Leonardo DiCaprio’s ‘AWKWARD MOMENT’ from the Golden Globes Award 2016.

We certainly remember that. The most viral meme content in the history of Hollywood, isn’t it? So, Lady Gaga won a Golden Globe award for ‘Best Actress In A Limited Television Series’ for American Horror Story: Hotel. While she was walking towards the stage, she intentionally or unintentionally didn’t notice Leo’s flinching as she stormed past him to receive her award.

Take a look at the video here:

This moment between the actors is one of the craziest viral meme content on the internet. Leo’s shocking reaction had the internet go berserk with the GIF going viral all over. Reacting to the same, Leo told The Hollywood Reporter, “Oh lord — that’s trending, huh?” He clearly had no idea that the moment went viral in no time on the internet.

Talking about his shocking reaction, Leo said, “I just didn’t know what was passing me, that’s all!” Leo being Leo!