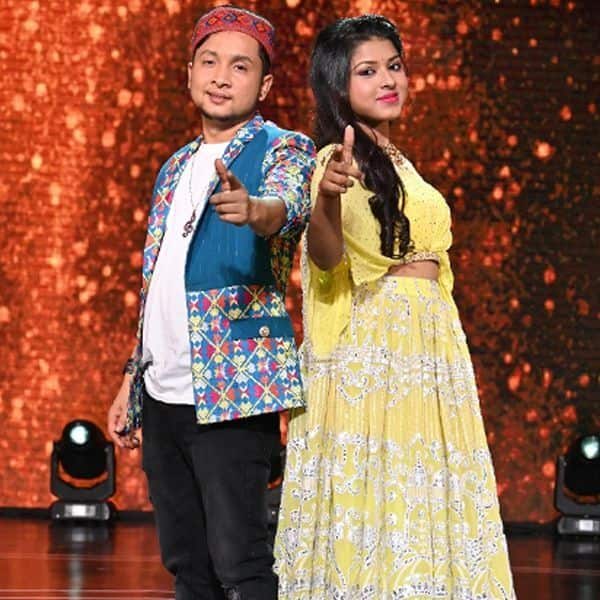 Tonight’s episode of Indian Idol 12 starts with the performance of Mohd Danish, who croons Chaahunga Mein Tujhe and Ae Meri Zohrajabeen, which garner praises and applauds from judges and other contestants. His performance garnered Awesome Mausam from judges. Later, we see Shanmukhapriya bringing special dish for Danish for Iftaar. He gets emotional and later, we see him talking to his family members through video call. In the next frame, we see everyone enjoying the Iftaari party.

Next contestant Sawai Bhatt arrives and croons Chalat Musafir and it impresses Anu Malik so much that he stands on his chair and praises him. He says that he wishes to record a song with him and once again we hear the ‘Awesome Mausam’ tune. As in the last weekend episode we saw Sawai expressing his desire to quit the show so that he can look after his parents at his native place, we see a video message from his parents who tell him to stay and win the show. This message makes Sawai emotional.

And we have Pawandeep Rajan, who croons Zindagi Ke Safar Mein and once again he garner appreciation from all around the corner. Later, we see Pawan talking to his parents and getting teary-eyed. Pawan sings Maaye Teri Chunar for her mother and we see the emotional atmosphere in the show. And next contestant, Shanmukhapriya arrives and sing Eena Meena Deeka, which also gets Awesome Mausam from the judges. In the next frame, we see Aditya Narayan says that he wants to SMP to be his sister and he gets emotional and accept it. Later, on Anu Malik’s demand, we see Aditya and Shanmukhapriya singing together Na Jaane Koi.