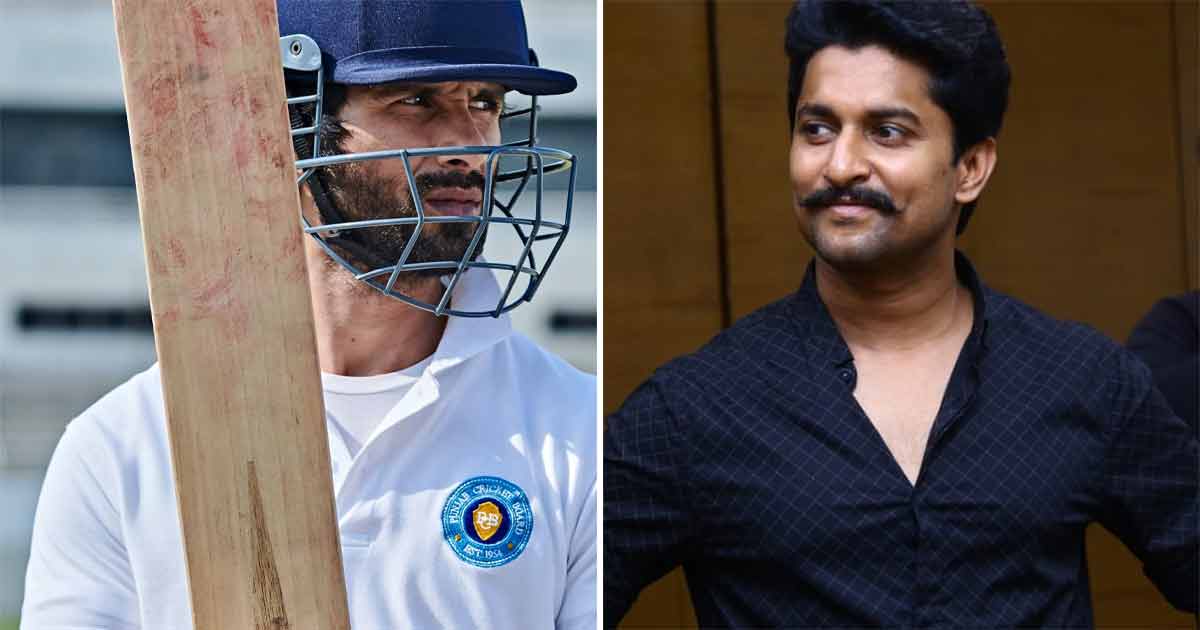 Bollywood actor Shahid Kapoor’s Jersey is one of the most awaited films of the year. Shahid in the film will be essaying the role of a talented but failed cricketer which was played by Nani in the Telugu film of the same name which was released in 2019.

The sports drama, which was helmed by Gowtum Tinnanuri, was a blockbuster two years ago. The film received highly positive critical reviews upon its release. The Telugu actor’s performance in the film was also highly praised by the critics and audiences alike.

Now the Telugu actor Nani opens up about the much-awaited remake. Talking to Pinkvilla, the 37-year old actor said, “Gowtam (Tinnanuri) showed me a few pictures – the director of the original, and it looks very promising. Gowtam is somebody who is a man of very few words, even if he likes something – I know it but not everyone can say it – I can see it on his face when he likes something. He doesn’t say much, but when Gowtam told me how happy he was with the output of the Hindi version, I already can imagine how brilliantly it would have come out.”

KRK Slams Kangana Ranaut For Being A Hypocrite: “Didi Uses Foreign Products But Asking To Watch Her Film To Become Atma Nirbhar”

Rhea Chakraborty Oozes Oomph In A Sheer Top & This Fashionista Is Back With A Bang – See Pic!

When he was asked whether Shahid Kapoor will be able to play the part as well as he did, the Eaga actor said, “Hundred per cent. I think he will do it better. He is a brilliant performer …read more