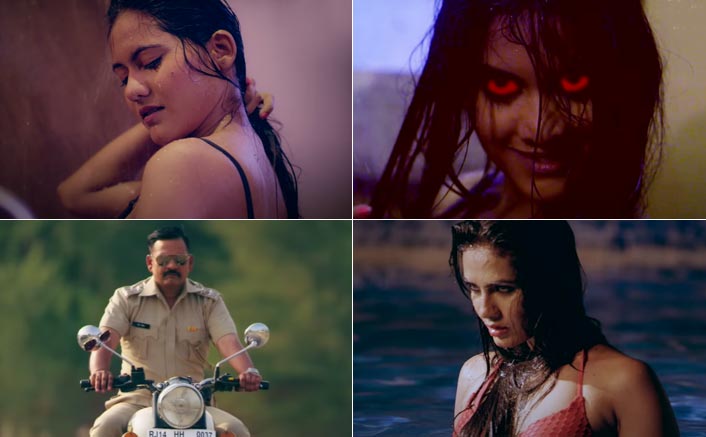 The makers of Koi Saath Hai are extensively promoting their horror film as they’re confident about the theatrical release of the film. Nandini Deb’s song, the title track of the film is an extension from the trailer itself.

The song starts with perfectly apt background music with Nandini Deb’s haunting chorus. Best suiting to the atmosphere created by the director, Mahavir Shringi, the audio goes hand in hand with the video.

Majority of the shots in the video are from the trailer itself. Apparently, it’s because of retaining more original shots for the film. Nandini’s vocals surely build up a chilling ambience for the song.

Recently, director of the film Mahavir Shringi said, “Koi Saath Hai is releasing on 16 October. I would not like to release the film on any OTT platform. The big-screen experience is just something else. If such big films continue to be released on OTT, I believe the business of small budget films will be greatly affected. Do you understand yourself, these OTT forums do not have censor boards, there is no rule of law, people are serving anything indiscriminately.”

Must Read: Karanvir Bohra & Teejay Sidhu Announce Their Second Pregnancy In The Most Adorable Way!

Bollywood News WebRSS - January 22, 2022
0
Here's the best photos of the week from M-Town. ...read more Disclaimer : This story is auto-aggregated by a computer program and has...

Bollywood News WebRSS - January 22, 2022
0
Coincidence! Ittefaq! Aur ek aisa ittefaq that will make your eyebrows go up. Guess, they already have after you read the headline. But it's...