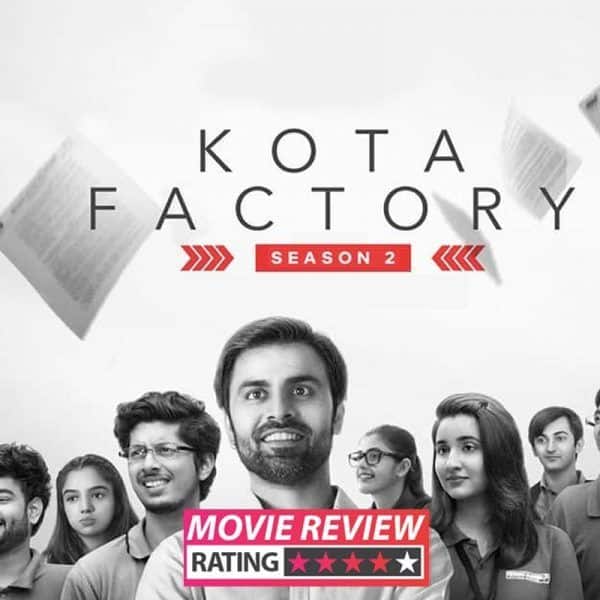 The wait for Kota Factory, one of India’s top-rated web series, is finally over. The second season of this most awaited web series has released on September 24 on Netflix. The popularity of the first season, which had released on YouTube in the year 2019, got tremendous ratings and thus the makers TVF, bagged the deal with Netflix for the second season. But does Kota Factor Season 2 meet all the hoopla and expectations? Read the review to know

Kota Factory Season 2 beautifully depicts the story of the pressure and struggle of the students living in Kota, Rajasthan. It shows how difficult and challenges the journey of preparing for IIT can be. In Season 2, the students get a blow when they learn that their favourite physics teacher, who was their mentor and confidante, Jitu Bhaiya, has left the tuition center. The students fear about what is to follow and their future without the right guide. Jitu Bhaiya opens his own coaching center this time in Kota Factory, where his special students join back and start their IIT preparations. But this journey from dreams to destination will be full of challenges.

Talking about acting, all the characters play their part convincingly. Seeing their day-to-day struggle will take you down memory lane when you were a student too, preparing for what life throw at you the next moment. Mayur More’s character outshines the rest of the cast and the way he has presented all the emotions in front of the camera is truly commendable. It is realistic and also relatable, making …read more

Sanak movie review: The Vidyut Jammwal starrer is devoid of any spark

Venom Let There Be Carnage movie review: Story is secondary in this disappointing Tom Hard-starrer

Sanak Movie Review: A Clichéd Action Film, But Vidyut Jammwal Has His Moments

Rashmi Rocket Movie Review: Taapsee Pannu Starrer Has a Shaky Launch but a Story Worth Telling