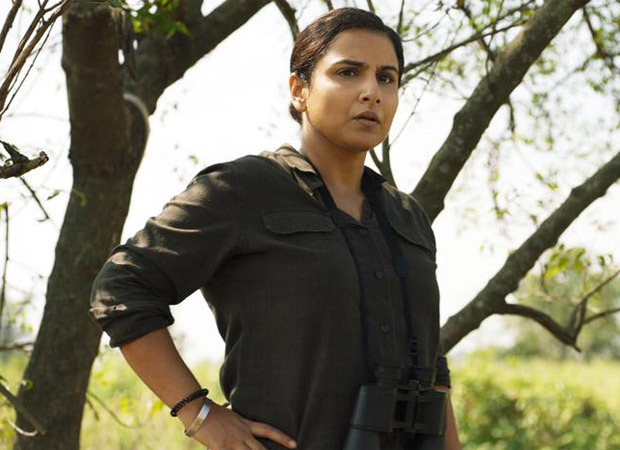 The Madhya Pradesh Tourism today announced an extensive marketing collaboration with the makers of Sherni – Amazon Prime Video, T-Series, and Abundantia Entertainment – for the upcoming and much-awaited, Vidya Balan-starrer Sherni.

Sherni is a story set in the backdrop of man-animal conflict, where a forest officer (Vidya Balan) must work through the brutal beasts of social barriers set by a patriarchal society and the languid attitude within her department. She leads a team intending to capture an unsettled tigress as she battles obstacles and pressures, both natural and man-made.

Sherni has been extensively shot in real and picturesque forests and locales of Madhya Pradesh, providing a unique peek into the state that has been a go-to destination for those who enjoy the wild. Through their shoot schedules spread across Bhoot Palasi and in and around the Kanha National Park that also included the district of Balaghat, the film showcases the diversity of the region that would invariably attract more tourists to Madhya Pradesh. With objectives of boosting tourism in the state, Madhya Pradesh Tourism is working closely with the makers of the film to launch a symbiotic marketing and promotional campaign.

Speaking on this one-of-a-kind initiative for the MP Tourism, Mr. Sheo Shekhar Shukla, Principal Secretary, Dept. Of Tourism, Govt. Of Madhya Pradesh, said, “Right from the time we first heard the story of ‘Sherni’ we knew that it would be a suitable vehicle for us to showcase the beauty and heritage of Madhya Pradesh’s jungles to the world. MP Tourism has been at the forefront of joining hands with our state’s Forest Department to work on forest conservation and thrilling wildlife tourism experiences. I am delighted that ‘Sherni’ will now not only put our state’s beauty for the world to see but will also draw attention to various unique initiatives like …read more