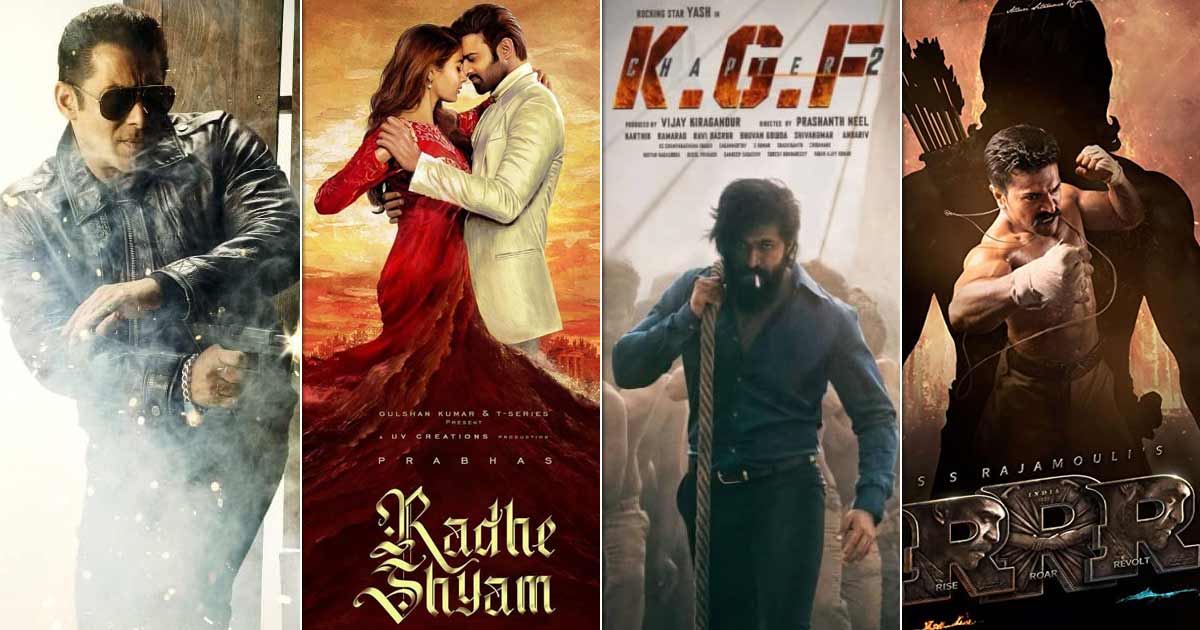 With a quarter of the year gone, Bollywood has witnessed the return of some big movies back on the big screen and small screen. With more than half a year to go the fans of B-Town can look forward to some of the biggest blockbusters of the year like Prabhas’ Radheshyam, Salman Khan’s Radhe, RRR and others which will be releasing in the near future.

Here is a list of the year’s much-awaited upcoming films:-

The film features Salman Khan, Randeep Hooda, Disha Patani and Jackie Shroff in pivotal roles. The film has been directed by Prabhudeva and the movie marks Salman’s return as his personal favourite character Radhe which is the titular role. The film is produced by Salman Khan, Sohail Khan and Atul Agnihotri. With two songs from the movie having already released the fans have been waiting for the release impatiently.

Featuring India’s biggest Pan-India star Prabhas, the movie makes number 1 on any given list. The movie features Prabhas returning to romantic genre after a decade and he will be seen in old school lover boy avatar which has got fans all excited who can’t wait to see him as Vikramaditya. He will be paired with Pooja Hegde in the film which is produced by UV Creations and T-Series the movie is helmed by Radha Krishna Kumar. The excitement of this film is similar to Salman Khan’s Radhe.

Irrfan Khan’s Wife Sutapa Sikdar Mourns Relative’s Death: “I Couldn’t Get A Bed In ICU For Him Because He Was Not Chhota Rajan”

Kangana Ranaut Labels Twitter As ‘Americans’ After Her Suspension: “A White Person Feels Entitled To Enslave A Brown Person”

One of the biggest …read more