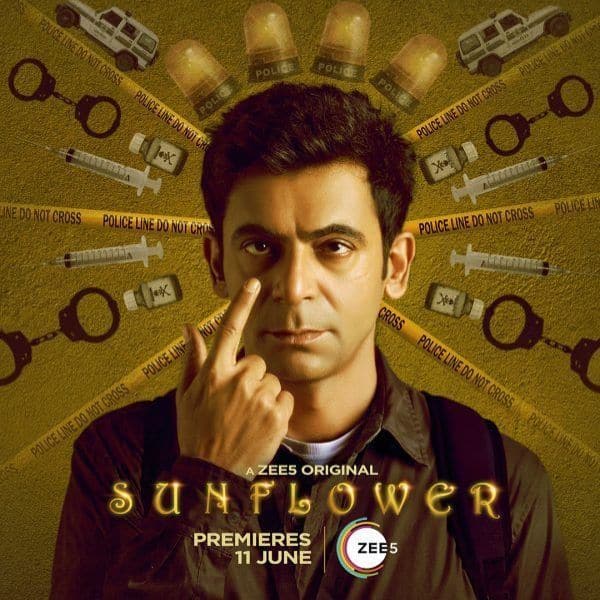 Sunflower is a web series created by Vikas Bahl. It is streaming on Zee5. It follows a society named Sunflower in Mumbai that has an interesting blend of people. All’s well until a man named Raj Kapoor is killed. While we as viewers know who the culprit is, the characters don’t. Mumbai police officers Digendra (Ranvir Shorey) and Chetan Tambe (Girish Kulkarni) begin investigating the case. Sonu Singh (Sunil Grover) becomes the prime suspect in the case.

Many critics have given it good ratings. Pratishruti Ganguly from Firstpost gave it 4 stars and wrote, “The series is a slow burn that crackles into life once the ball is set into motion, but the wheels do start coming off at the tail end. Parallel storylines shifting in and out of the main plot dilute the intrigue and mar the viewing experience. Take for example Iyer’s orthodoxy. Iyer and his cronies routinely chair panels to screen who can and cannot rent an apartment in the complex. His narrow-mindedness could not be less conspicuous, but the makers insist on overexplaining his discriminatory behaviour every time he opens his mouth.”

Archika Khurana from TOI gave it 3 stars and wrote, “The screenplay is intriguing throughout, thanks to its quirky characters with odd tics and characteristics that define them, as well as the subplots that blend well into this character-driven plot.”

Shubham Kulkarni from Koimoi didn’t seem impressed. He give it 2 stars and wrote, “Slower tried to be an edgy drama set in the universe of Dark comedies, but falls flat in its own loopholes. There are amazing actors but that isn’t enough to make it a fun watch.”

Sunil Grover’s performance was lauded by many. “Grover’s character of Sonu Singh takes the cake. Vikas Bahl has made …read more

Mimi Movie Review: Kriti Sanon’s Film Has Lot of Emotions But Not a Lot of Weight