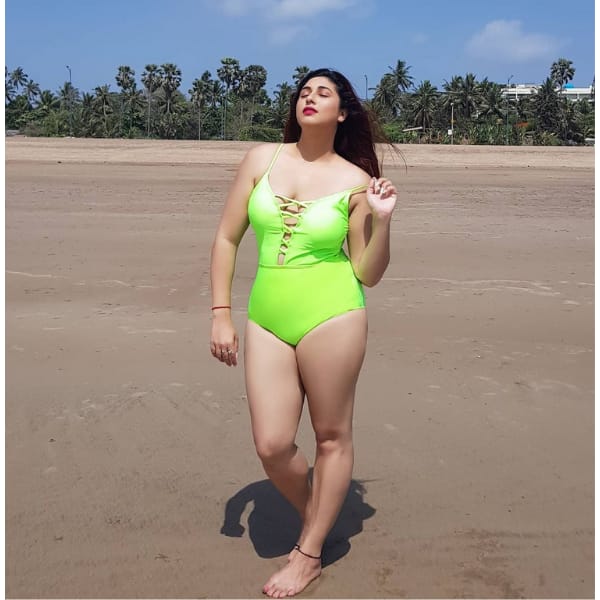 Vahbiz Dorabjee may not be seen in TV shows lately, but the actress is quite popular for her stints in Pyaar Kii Yeh Ekk Kahaani, Sarastwaichandra, Bahu Humari Rajni Kant to name a few. Like several others, Vahbiz Dorabjee is also body-shamed and trolled on social media quite often. However, the actress has her own way to give it back to the trolls. Vahbiz had conducted a Q n A session on social media. Even here, the actress was questioned about how she handles bullying, body shaming on social media. For several years now, Vahbiz has been inspiring people on accepting different body types, shunning the trolls, and spreading body positivity with her posts.

A fan had asked Vahbiz as to how she responds to trolls who body shame her. She said, “You have to have confidence in yourself then no one can shake you. I believe in myself not in people’s opinion. The dogs will keep barking but the lion keeps walking.”

Furthermore, she was asked about what she had to tell the people who called her a gold digger and a divorcee. Vahbiz had an amazing response for this as well. She said, “Learn the meaning of gold digger first and do your background check thoroughly. I can provide myself. I don’t get affected by people who have no meaning in my life. Only my parents matter.” For the unversed, Vahbiz had been married to popular TV actor Vivian D’Sena. They both starred in Pyaar Kii Yeh Ekk Kahaani.

Vahbiz has previously addressed her health issues a lot of times. The actress suffers from hyperthyroidism which results in gaining weight. Opening up on the same, she had said, “The last one year has been very unlucky. I was perpetually falling ill and had become weak. …read more