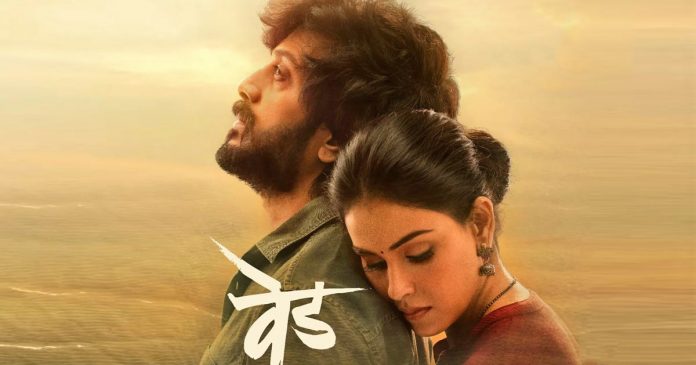 It was a fantastic first week for Ved as collections went past the 20 crores mark. For a Marathi movie, a lifetime of 20 crores is also quite good and here the film will easily double that over a period of time.

This can well be seen from the fact that Thursday collections (2.45 crores) were more than Friday and that itself was good enough at 2.25 crores. The numbers stayed very consistent right through the weekdays as well and given the kind of reactions that the film has been enjoying, it would be over 2 crores today as well. Further to that good growth will come on Saturday and Sunday, and it won’t be surprising if 3 crores and 4 crores respectively would be crossed yet again.

There was no ‘event film’ tag attached to Ved but Riteish Deshmukh and Genelia D’Souza pitched the film well and then released it quite strategically on the last Friday of the year which led to a bountiful weekend. Word of mouth in the Maharashtra belt is quite good for this high-drama entertainer which will ensure a good run in theatres at least till the release of c.

Note: Box office numbers are based on estimates and various sources. Numbers have not been independently verified by Koimoi.

Must Read: RRR Box Office (USA): 98 Seconds Is What It …read more