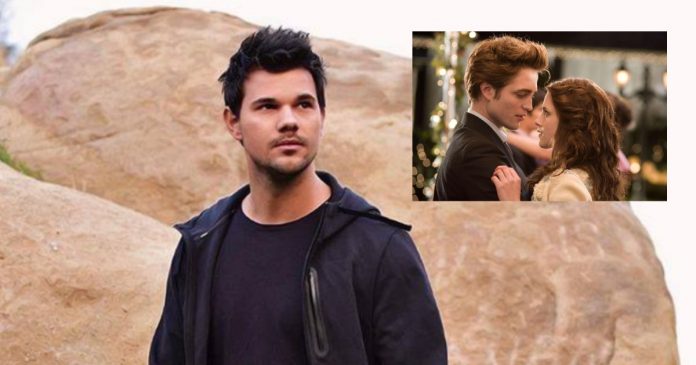 Hollywood stars Robert Pattison and Kristen Stewart, who have starred in five Twilight movies, left netizens heartbroken when they called it quits in 2013. However, their relationship hit the rocks in 2012 when Kristen was caught red-handed cheating on Robert with Snow White and the Huntsman director Rupert Sanders – who was married. But they got back after Rob gave her another chance. While she continued to make headlines, her co-star and good friend Taylor Lautner stood in her support.

After her cheating scandal, Taylor Lautner spoke at length about Kristen Stewart being caught red-handed cheating on Robert Pattison with director Sanders. He went on to add that he doesn’t know if the trust can be regained.

When ‘Brunette’ Selena Gomez Flaunted Her Perfectly Toned Long ‘Barbie’ Legs Winning The Leg Game & For All, Netizens Said “Please Step On Me”

When asked about the same, Taylor Lautner told Cosmopolitan Magazine in 2012, “To be honest, I’ve never been involved in any of those situations, so I don’t know [if trust can be regained]. It would be just a guess and a shot in the dark, and I don’t want to give that if I haven’t even been there myself.” Further showering praises on his good friend he added, “Kristen is fantastic at …read more